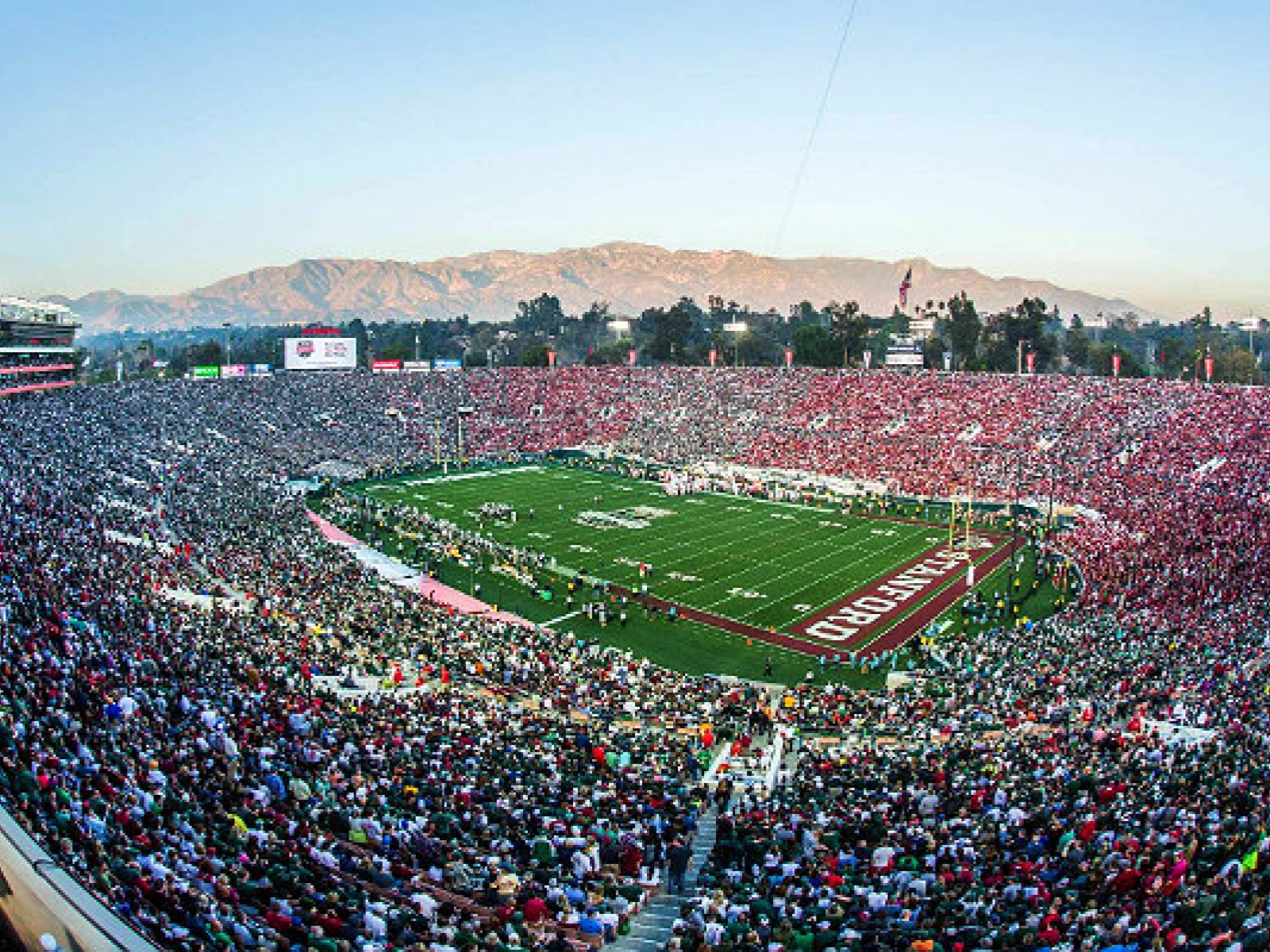 Roses are red, violets are blue. Nothing in Pasadena is more iconic than the Rose Bowl Stadium!

Rose Bowl Stadium is located in Pasadena, California, which is a northeast suburb of Los Angeles. It is also commonly referred to as Spieker Field at the Rose Bowl. The stadium is recognized as a National Historic Landmark and a California Historic Civil Engineering Landmark. The facility was opened in October 1922.

The stadium houses an all-seated configuration of 92,542 seats. This makes it one of the rarest stadiums in college football to have such a seating arrangement. Additionally, the Rose Bowl Stadium is the 15th-largest stadium in the world, 11th largest stadium in USA, and the 10th largest National Collegiate Athletic Association stadium.

This historic stadium is one of the most well-known venues in sporting history, especially for college football. It is the annual host of the Rose Bowl Game and it has been the home stadium of UCLA Bruins football team since 1982. Furthermore, the stadium has hosted five Super Bowl games.

Other than college football, Rose Bowl Stadium has hosted the 1994 FIFA World Cup Final, 1999 FIFA Women’s World Cup Final, and the 1984 Olympic Gold Medal Match. Proving that it is one of the best venues for both soccer and American football games.

Both the Rose Bowl Stadium and Brookside Golf and Country Club are owned by the City of Pasadena. However, they are both managed by Rose Bowl Operating Company that is a non-profit organization selected council members of the city. There is one representative from UCLA and one from the Pasadena Tournament of Roses. This is to ensure the smooth management of both facilities.

The stadium was originally built as a horseshoe based on the architectural designs of Myron Hunt in 1921. Yale Bowl in New Haven, Connecticut that was built in 1914 played a huge role in the design of the Rose Bowl Stadium. The stadium was expanded several times throughout the years to accommodate the growing number of spectators who attend the Rose Bowl Game.

For more information on the Rose Bowl Stadium, please see the specific pages below.